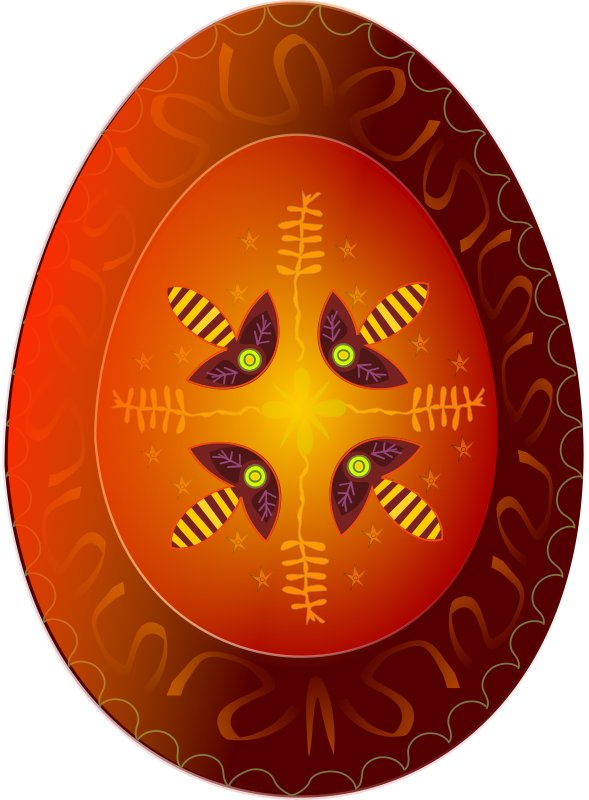 This Pysanka egg (Ukraine) has been drawn from scratch.

Note: "In pagan times the cross was an earth symbol, its four arms representing the four cardinal direction" (see http://en.wikipedia.org/wiki/Pysanka for more info). Pysanka tightly relates to the ancient pagan feast Ð’ÐµÐ»Ð¸ÐºÐ´ÐµÐ½ÑŒ (Ukrainian), the "Great Day". Archeologists have found decorated eggs on a Trypillian excavation site going back to ca. 5500 BC and 2750 BC.