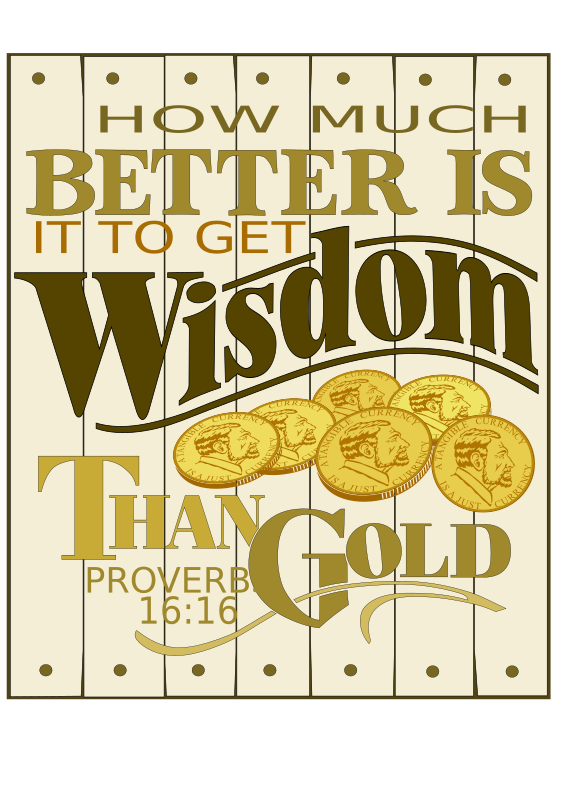 A different method than my usual approach. I didn't use the trace feature this time. I hand drew some of the words, scanned them, raster edited with Gimp. At this time, I used the levels setting to make the black ink drawing very light gray. Then I imported into Inkscape. Next I made a second layer, and bezier drew the scroll. I used lettering that was similar to what I had drawn, positioned it over the light gray drawing, and node edited till it looked like the hand drawn letters.

I used the gold coins I submitted before; for info, find "gold coins for plotter". Those coins were made for this project.