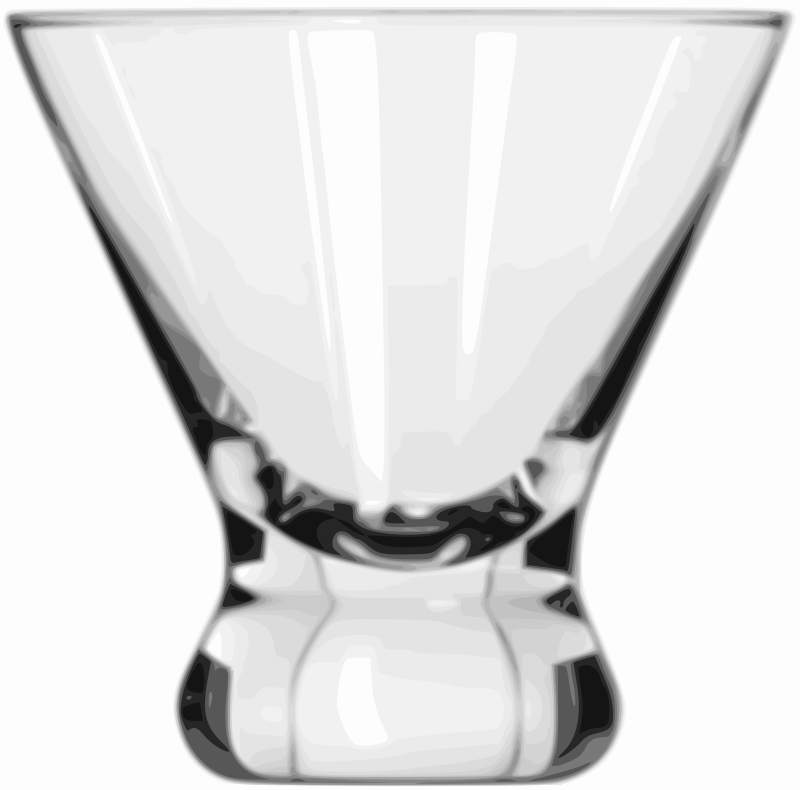 Cocktail Glass (Cosmopolitan): A variation on the traditional cocktail glass especially used for serving Cosmopolitan cocktails. This image is from a collection of various drinking, cocktail, wine, and beer glasses in SVG format. I created these 45 images originally for use on the English Wikipedia and released them into the Public Domain on Wikimedia Commons. The images were created by taking photos of the clear glassware isolated against a white background, so they look a bit like silhouettes. The photos were converted to SVG outlines, and the solid background was removed resulting in a transparent effect. Cheers!