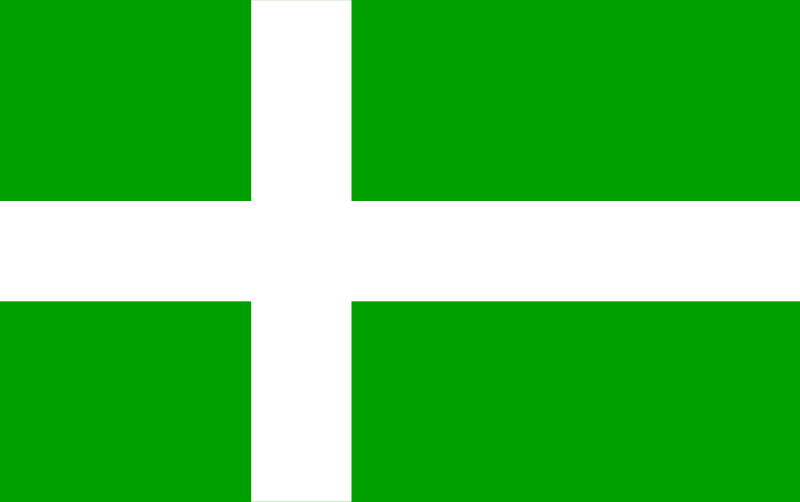 Although some controversy as to the authenticity of this flag remains, this has been identified by some as the historical flag of the island of Barra in the Scottish Outer Hebrides. It is a white nordic cross on a green background, thought to represent a combination of the viking and celtic heritage of the island.

This file is a recoloured version of Richard Torkar's Swedish flag.