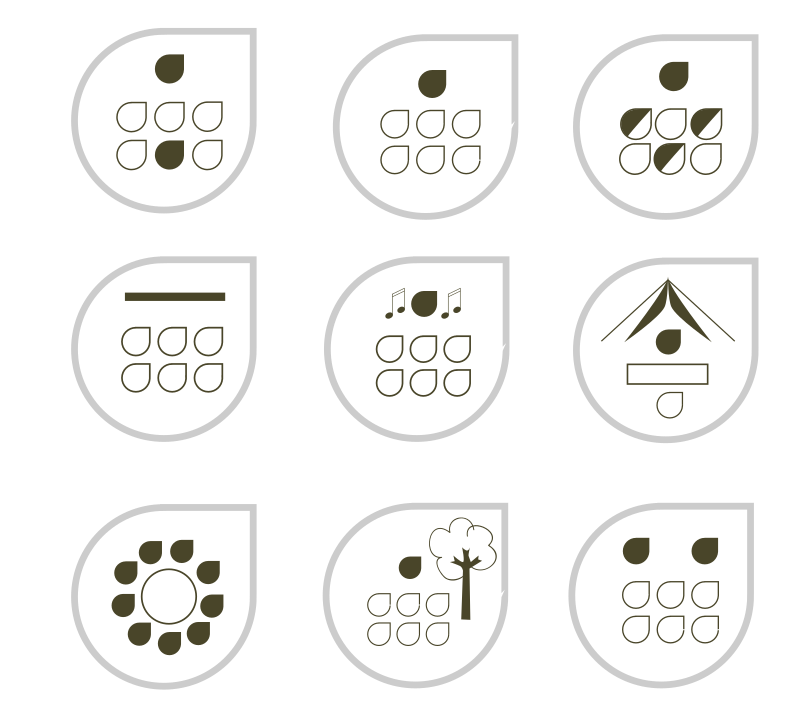 After going nuts looking for some icons to represent these group activities, I decided to make some. These are using a stylised petal shape but the principle can be adapted into another shape. One of the 'debate' versions initially looked like two people having a punch up being egged on by the crowd. Filled in shapes indicate full participation, hollow ones are passive, half-half are contributing to the activity.If anyone wants these saved separately, just message me