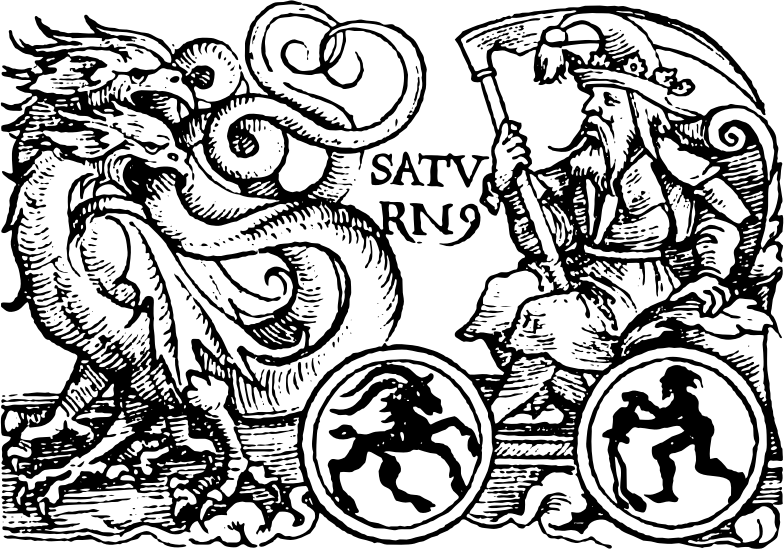 Saturn in astrology is the ruling planet of Capricorn and, traditionally, Aquarius.You can see them at the bottom of the picture.

Death, particular in old age, has been associated with Saturn since ancient times. The scythe is the symbol of death. But, Saturn was also known as the god of agriculture and the scythe can be used for scything souls or cut the grain from the fields.

This image was made by Guido Bonatti and was used in the: De Astronomia Libri X (Basel, Nicolaus Pruknerus, 1550).

The original public domain image can be found at