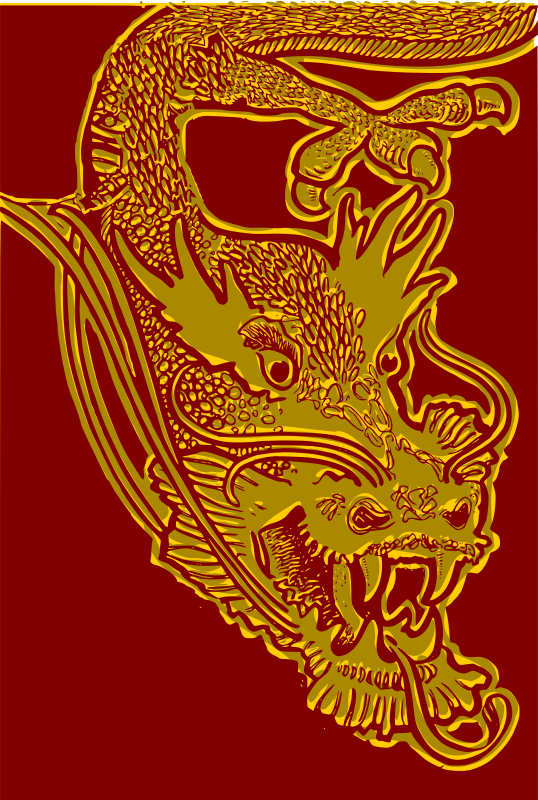 This is a Chinese dragon. Red and Yellow are lucky colors in China (in fact, incidentally according to the internet yellow pencils were first made yellow by a Chinese company Koh-I-Noor, they used yellow to show a reference to royalty, and as they made such reliable, high quality pencils, other companies copied them and that's why the habit of making yellow pencils started. But I digress!) This one was originally not yellow and red, but I just thought it looked more vivid this way. I added some lighter yellow tints to make it seem like it was shiny, like gold!