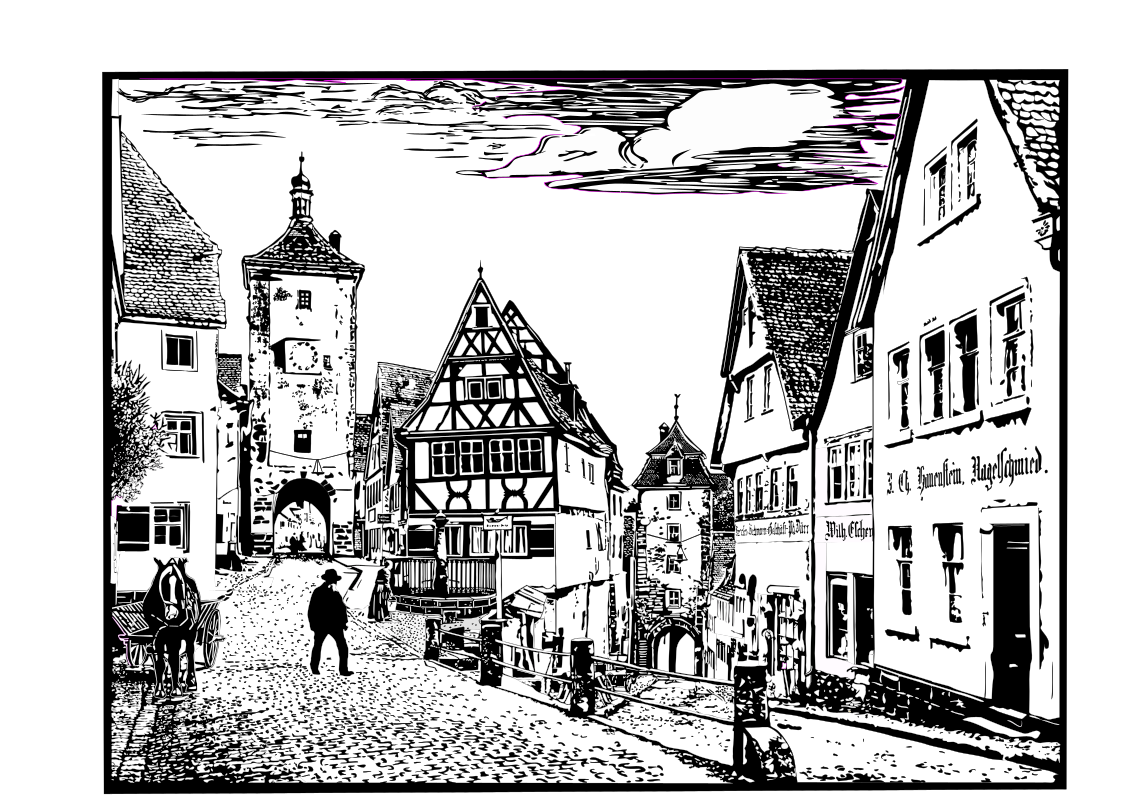 This famous road fork in Rothenburg, Germany, is called Ploenlein.

The original picture was a historic colour photo. I converted it with GIMP2 via threshold to several black and white pictures of different levels. So I got darker and brighter picture-parts in the same brightness. These parts were added together to one picture, imported into Incscape and vectorized. Sounds easy, but a lot of trial and error was included and it took many hours to finish the picture. Some details I had to remove or to clarify, the clowds are added by hand.