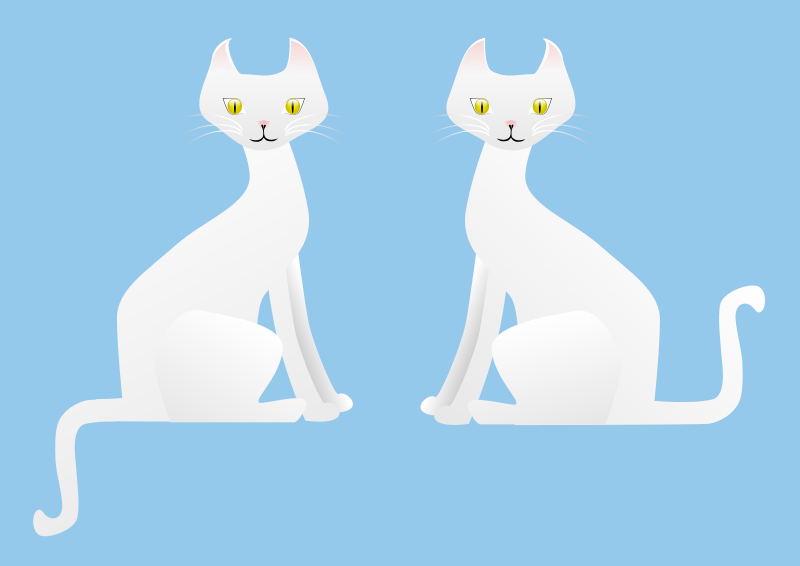 Two white cats (Rufus and Snowflake). This image was originally drawn in SodiPodi (when I was beginning using graphics programs) approximately 9-10 years ago, I drew this when our white cat Rufus and parents-in-law white cat Snowflake were both still alive.

I have noticed over time my name has been removed as creator, and the gradients became corrupted.

I have endeavoured to correct the gradient issue and tweaked the eyes and whiskers. Been meaning to do that for a while now.