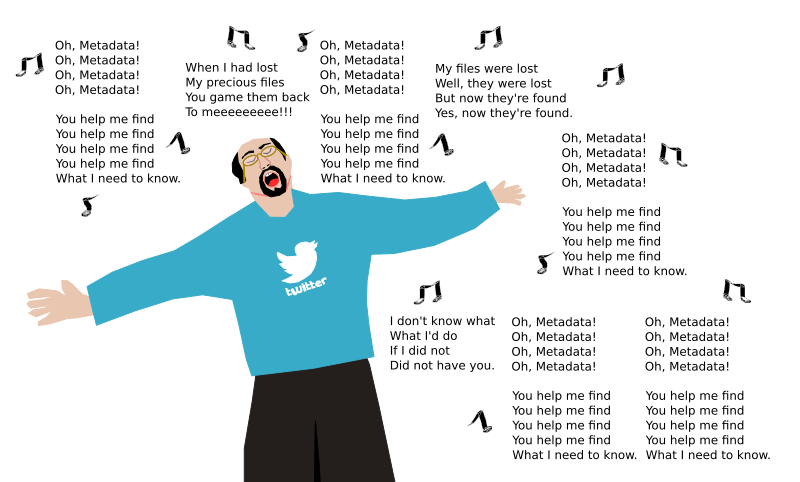 I did this graphic in Inkscape as the result of a joke. In one e-mail a friend of mine mentioned how he's into Twitter and Inkscape so I decided to do a portrait of him in Inkscape wearing a Twitter sweatshirt. When I showed it to him, he loved it. In fact, he has tweeted that graphic to his followers. As for the song that he's singing in the graphic, it's based on this YouTube video that he made where he's dancing to a song that he composed and sang called "Oh, Metadata!" (The title is self-explanatory.) If you're curious about the video, here's the URL: