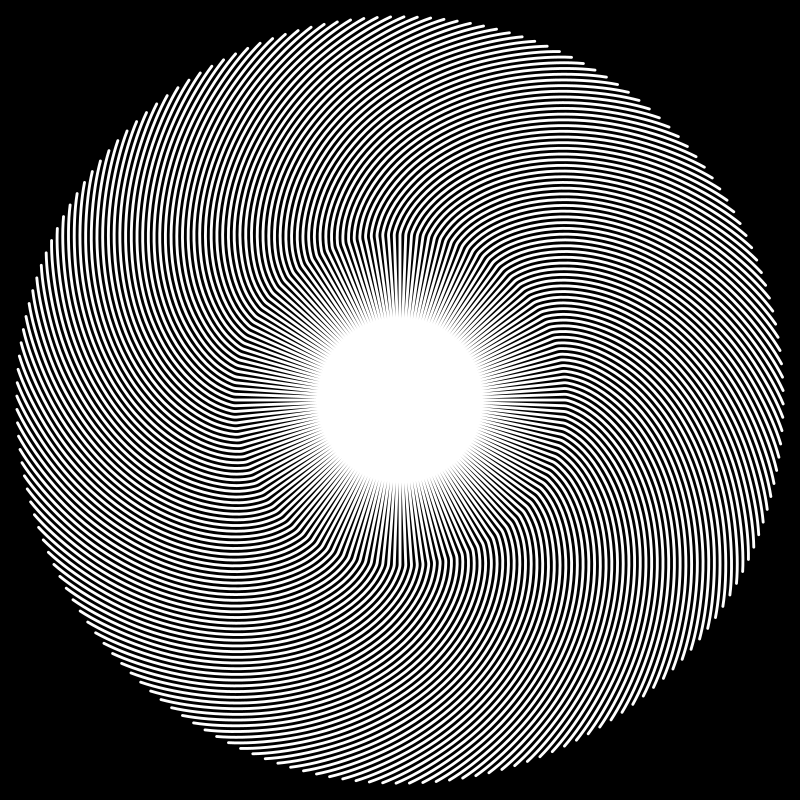 Uploaded as a request.

Looking for parametric curve definition to produce this kind of imagery, as it is now an approximation.

The idea is the following: in technical drawings for example, giving an object a particular tone is achieved by hatching. Hatching may consist of parallel lines, drawn with the same line weights.

But how could someone make an angled hatch in a polar way -meaning anything but concentric circles-? Still keeping a consistent tone at the end. Any ideas?

Archimedean spirals are a close match if the width of the stroke is 0, but not this case.