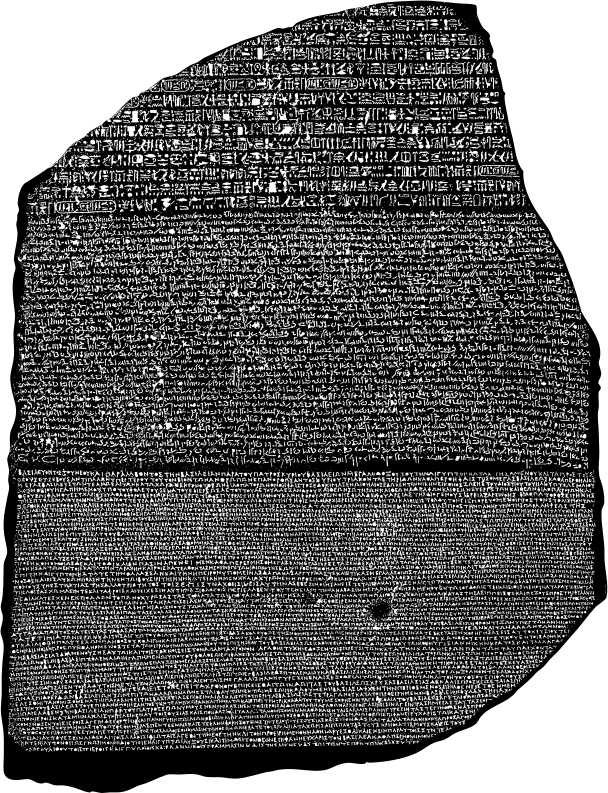 (Note: large file) A rather sizable, but quite accurate, and infinitely scalable, vectorized version of the Rosetta Stone.

From Wikipedia: The Rosetta Stone is a granodiorite stele inscribed with a decree issued at Memphis in 196 BC on behalf of King Ptolemy V. The decree appears in three scripts: the upper text is Ancient Egyptian hieroglyphs, the middle portion Demotic script, and the lowest Ancient Greek. Because it presents essentially the same text in all three scripts (with some minor differences among them), it provided the key to the modern understanding of Egyptian hieroglyphs.