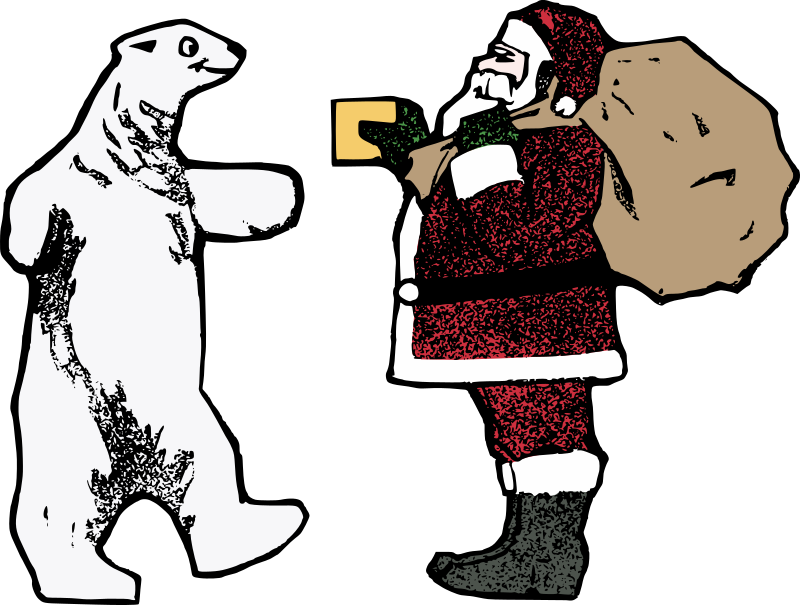 Santa and the Polar Bear

This was originally produced over a 100 years ago, well before Santa and the Polar Bear coke commercials. And yet, there he is, Santa with a polar bear. I was temped to add a cola bottle in his hands, but went with a generic present instead. Commercialism effects our brains! (I added the colours while synthesizing, this time [even though he isn't grinning!] I went with green mittens, just for some mitten colour diversity!)