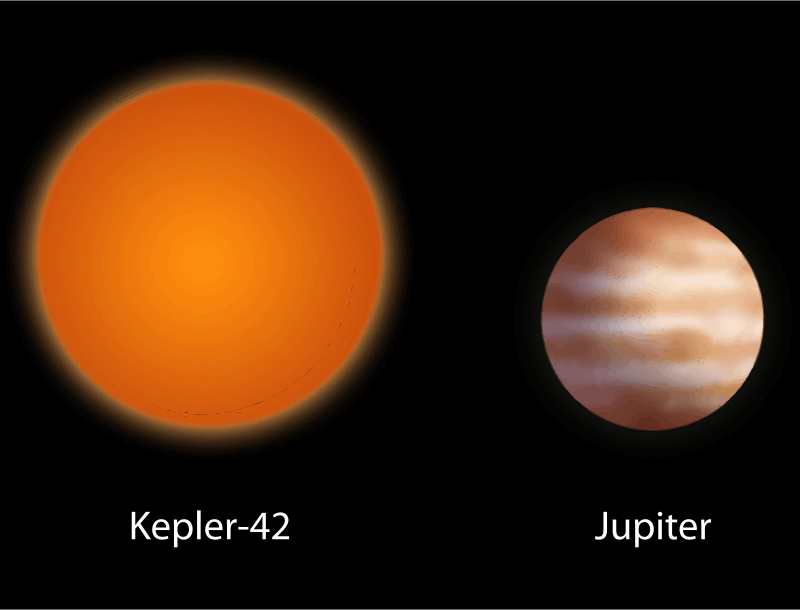 A high resolution vector conversion of the size comparison between Kepler-42 and Jupiter.

This artist's concept compares the Kepler-42 (formerly known as KOI-961) planet to Jupiter.

The Kepler-42 planetary system hosts the three smallest planets known to orbit a star beyond our sun (called Kepler-42b, Kepler-42c, Kepler-43d; formerly called KOI-961.01, KOI-961.02 and KOI-961.03). The smallest of these planets, Kepler-42d, is about the same size as Mars. All three planets take less than two days to whip around their star.

The planets were discovered using data from NASA's Kepler mission and ground-based telescopes. The Kepler-42 star is a tiny "red dwarf," just one-sixth the size of our sun. This planetary system is the most compact detected to date, with a scale closer to Jupiter and its moons than another star system.