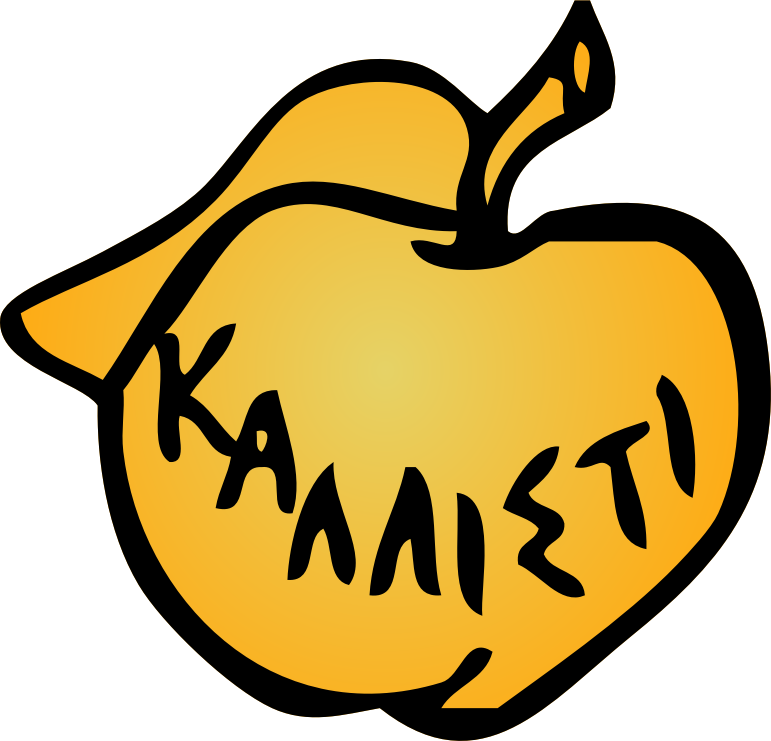 The Golden Apple of Discord on which, according to Greek mythology, the goddess Eris inscribed "to the fairest" and tossed in the midst of the feast of the gods at the wedding of Peleus and Thetis, thus sparking a vanity-fueled dispute among Hera, Athena, and Aphrodite that eventually led to the Trojan War. Thus, "apple of discord" is used to signify the core, kernel, or crux of an argument, or a small matter that could lead to a bigger dispute. (from Wikipedia)

The design is drawn from material released into the public domain in 1970, and is thus free to use for all purposes.