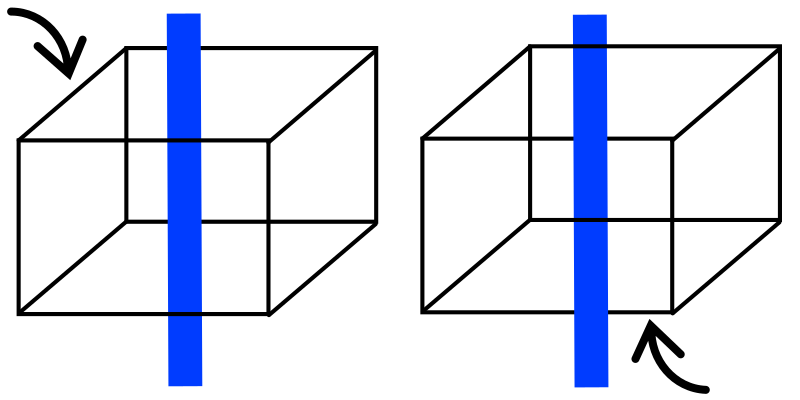 Note the thumbnail below is a degraded version of the actual image which is much sharper. A Necker cube is basically a wireframe drawing of a six-sided cube such that it has no perspective as to whether you're looking at it from the top or from the bottom. This is an example of two exactly identical necker cubes, the one on the left showing an intermediate object going in "down from the top" while the one on the right shows the object going in "up from the bottom" which shows how the image can change its perspective simply by changing which face (front or back) appears behind the intervening object.