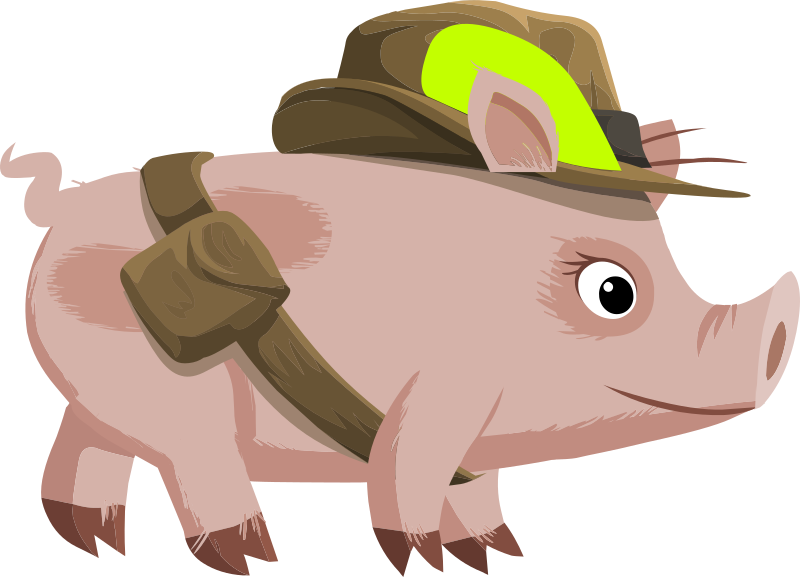 This glitch clipart is about inhabitants, npc, piggy, explorer.