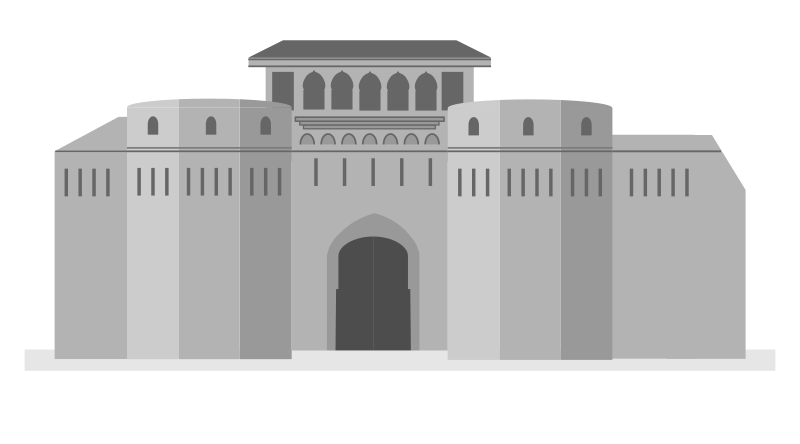 Shaniwarwada (Marathi: शनिवार वाडा) is an 18th-century fort in the city of Pune in Maharashtra, India. Built in 1746, it was the seat of the Peshwa rulers of the Maratha Empire until 1818 when the Peshwas lost control to the British East India Company, after the Third Anglo-Maratha War. The fort itself was largely destroyed in 1828 by an unexplained fire, but the surviving structures are now maintained as a tourist site.