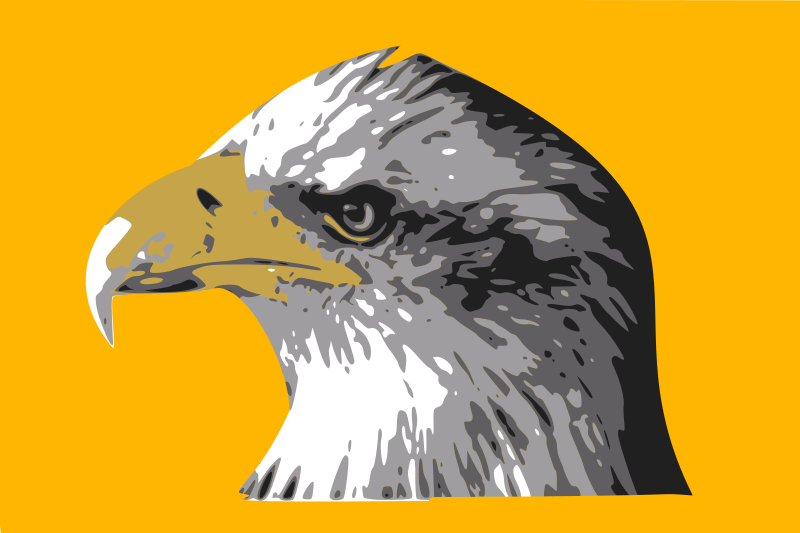 The image of the head part of a bald eagle which has the background in yellow.

This image is originally from Unsplash.com which delivers the photos as CC0.

The bald eagle is both the national bird and national animal of the United States of America.   their range includes most of Canada and Alaska, all of the contiguous United States, and northern Mexico.     They are found near large bodies of open water with an abundant food supply and old-growth trees for nesting.

Bald eagles are not actually bald; the name derives from an older meaning of "white headed".

The beak is large and hooked, with a yellow cere.

They live mainly on fish.

Females are about 25 percent larger than males

I guess you would love eagles for their dignity.