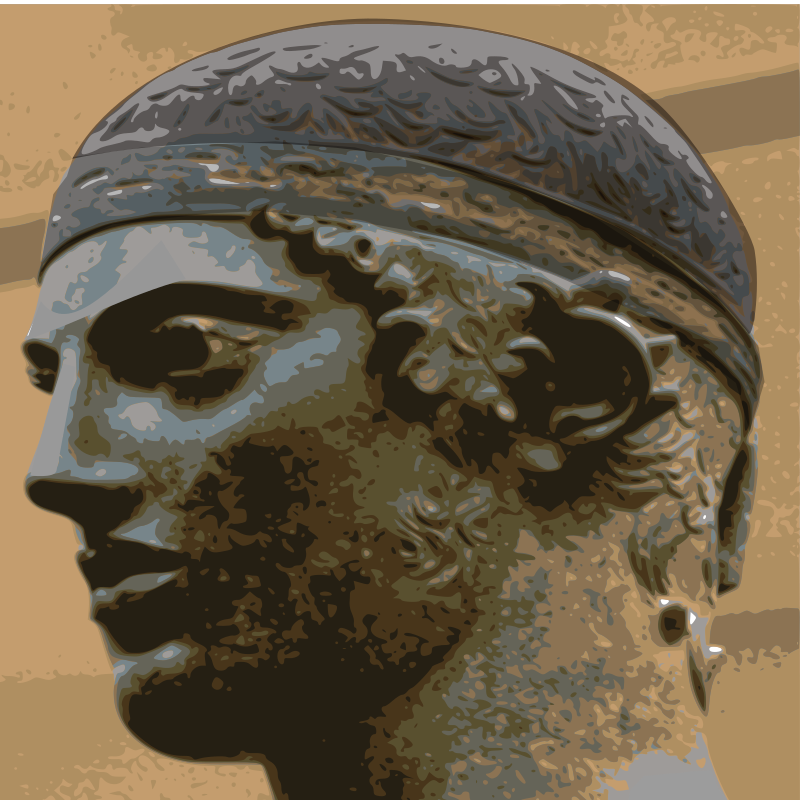 The image of the profile of ancient bronze statue called "the Charioteer of Delphi" or "Heniokhos" meaning "the rein holder" which is one of the best-known statues surviving from Ancient Greece, and is considered one of the finest examples of ancient bronze statues. The life-size (1.8m) statue of a chariot driver was found in 1896 at the Sanctuary of Apollo in Delphi. It is now in the Delphi Archaeological Museum.

I guess as this statue has eyelashes and wears a female-like-clothing, it looks like a female.

For more info about this statue is here:

https://en.wikipedia.org/wiki/Charioteer_of_Delphi.   The original image is deemed into the Public Domain.