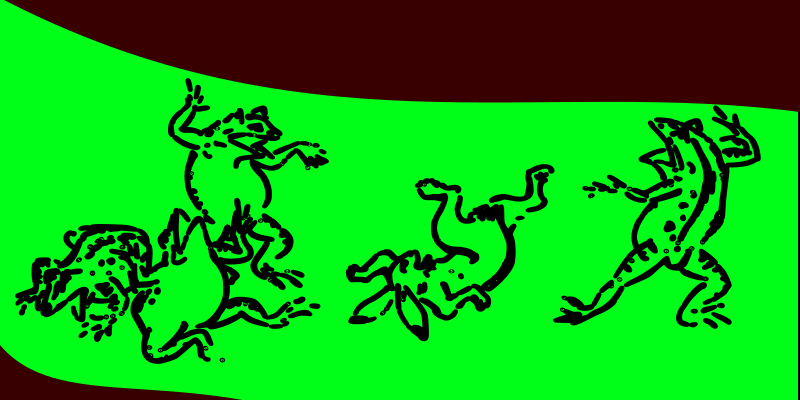 The image of four frogs and a rabbit which are sumo-wrestling.

A frog is defeating a rabbit . I guess, another frog roles as a referee.

The other two frogs are sighting and laughing.

This original image is called "Choju-giga" meaning "Animal Caricatures" which is credited as the oldest work of "manga" in Japan.

For more info about "Choju-giga" is here:

Of course,the original is in the Public Domain.