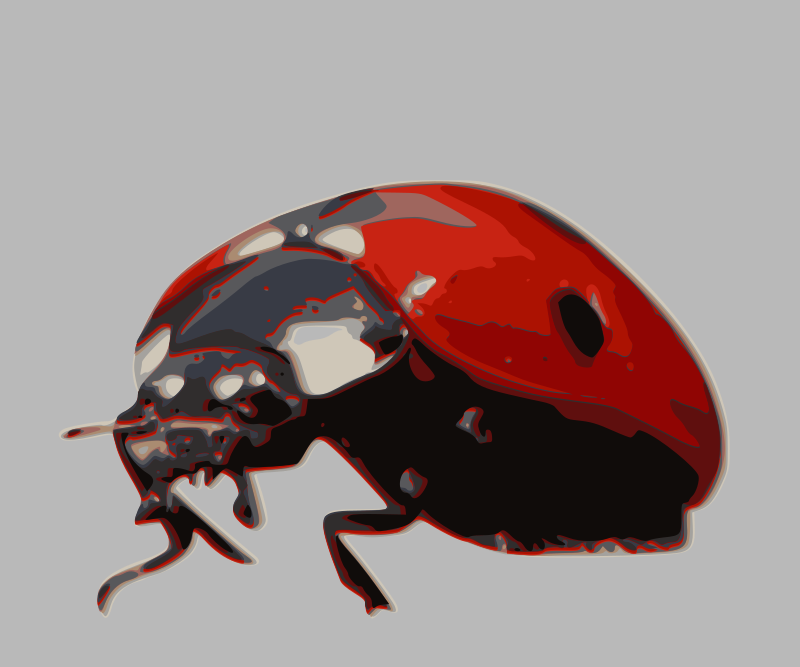 The image of "ladybird-beetle or lady bug ".

Its scientific name is "Coccinellidae".

They are commonly yellow, orange, or scarlet with small black spots on their wing covers, with black legs, heads and antennae.

The Coccinellidae are generally considered useful insects, because many species feed on aphids or scale insects.

The original image which I referred to is here: