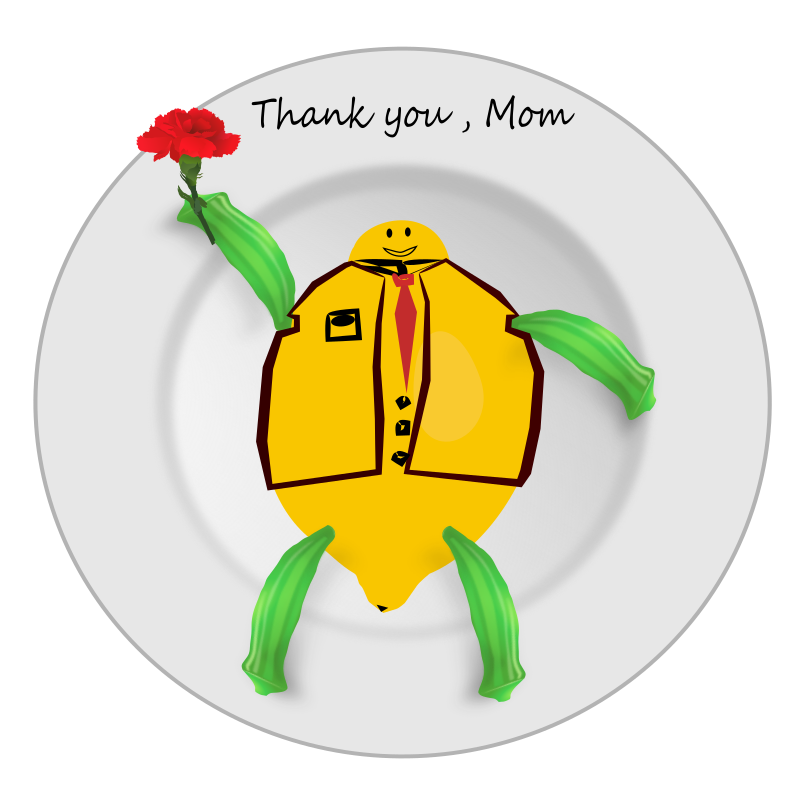 This is one of "Thank you ,Mom" series for the coming Mother's Day.

the word "Thank you, Mom" and a cartoon-character which has a lemon as its body and four okras as its limbs and a carnation in red.