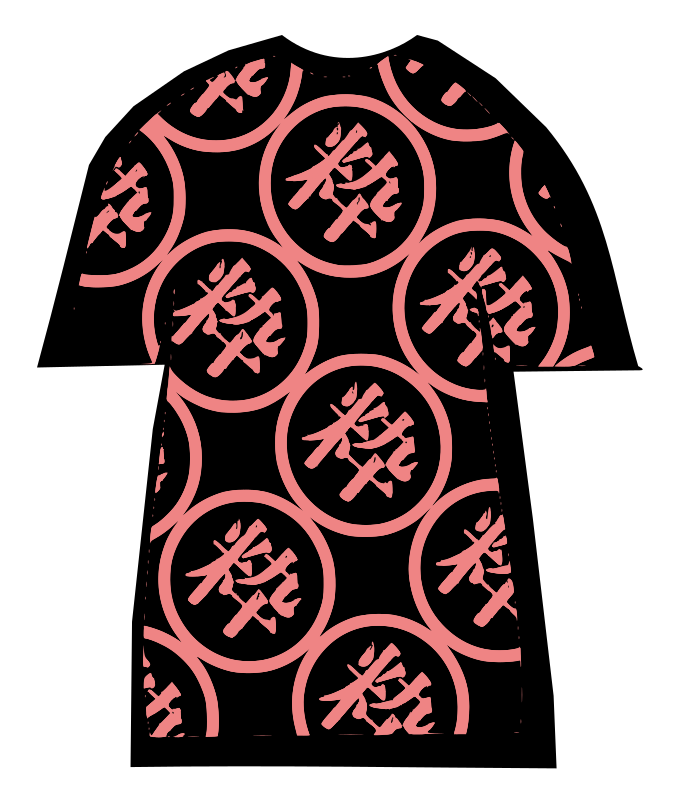 The image is a black T-shirt with a kanji pattern.

The kanji used in the pattern is called "iki or sui" which means roughly "cool or smart" in English.

The reading "iki or sui " is represented as "粋" in kanji.

More info about the meaning of the kanji "粋", see here:

I used "objects to pattern" function in Inkscape and captured it with my favorite capture soft and did "Trace Bitmap" it again in Inkscape. It takes some work to complete it.