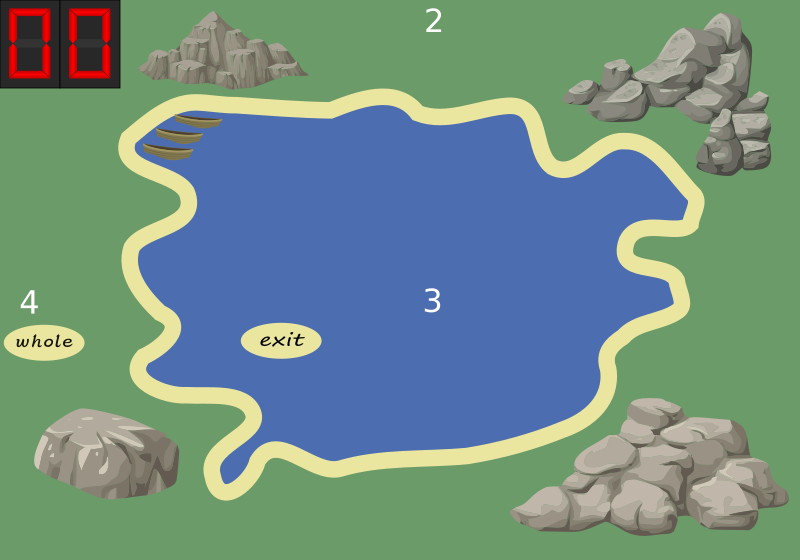 This is a car-chase-animation which represents two cars which are running along the circumference of a lake.

The red-car's lap time is 15 seconds.

The yellow-car's one is 18 seconds.

The distance of the surrounding road is 1232.92px.

The time it takes the red car catches up with the yellow car is ;

This animation is implemented by "animateMotion" function of "SMIL".

You can jump the next section by clicking on each section.This is implemented by "viewBox" function of "svg".

I added a timer by which you can measure until 99 seconds so as to know after how many seconds from the start the red car catches up with the yellow one.

It takes about 90 seconds.

This timer is the remix of "Animated Digital Display" uploaded by "JayNick".