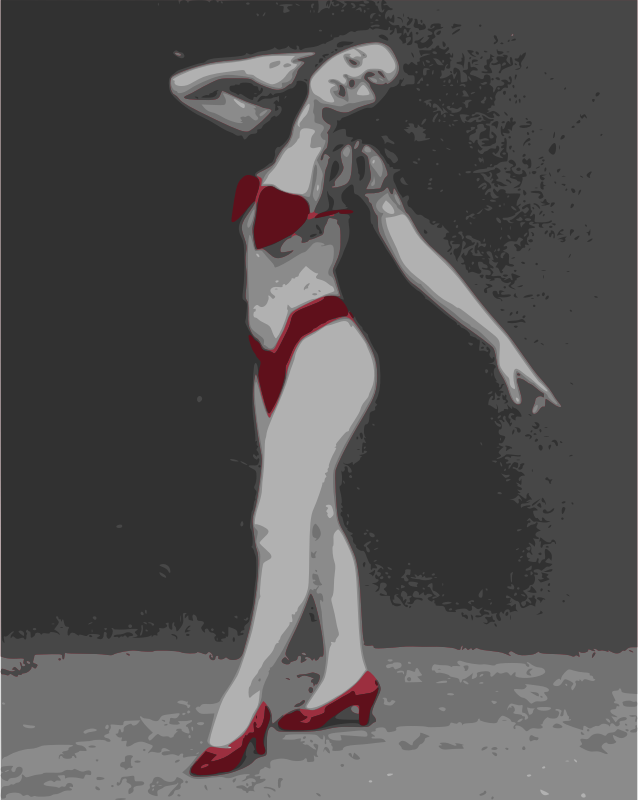 Believe it or not, this was originally from the early 1920s (and thus public domain) even though it's so racy! Actually the original was a black and white photo with abstract spade shapes all over the lady, but I thought that was kind of weird and not so universally useful so while synthesizing it I converted it to only a bikini (as the bikini in name hadn't been invented yet) and added colour for impact. The lady's high-heels are an odd mismatch, but that's fun too.