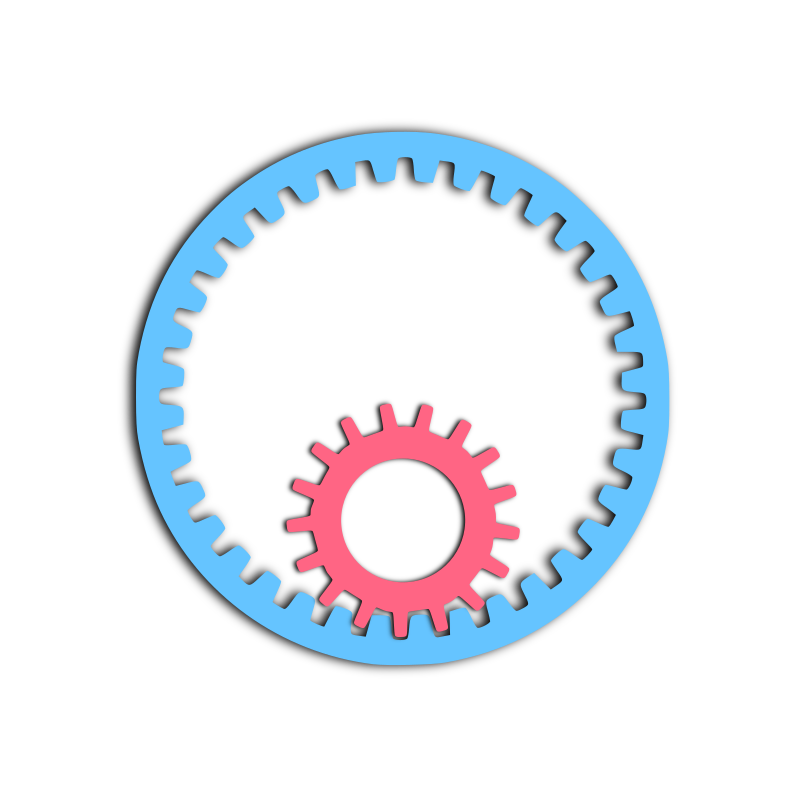 I added a shadow to each gear.

This original image was donated by Pearson Scott Foresman, an educational publisher, to Wikimedia Commons, and is thereby in the Public Domain.

you can see the source URL in the below comment.

This is a gear -animation which depicts a normal gear and a epicyclic gear.

For the url of the reference I referred to ,see the comment below.

This animation is implemented by attributeName="transform" function of SMIL.