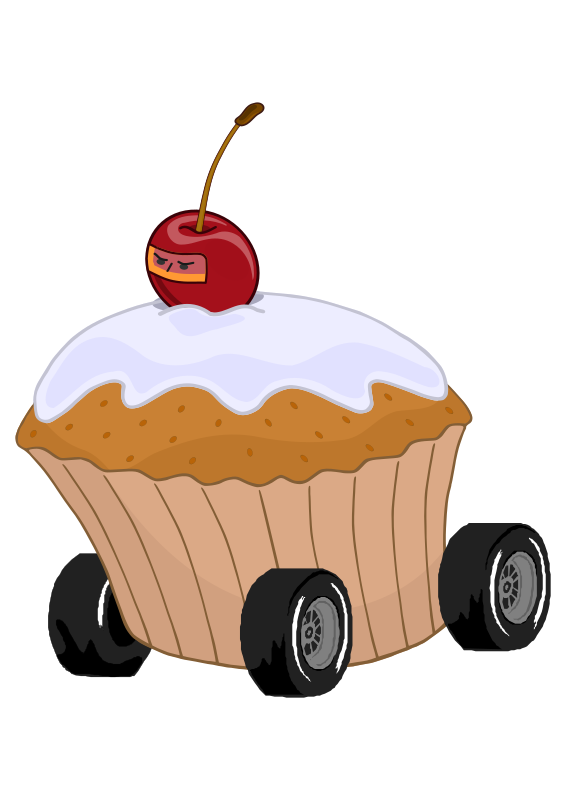 This illustration is a visual pun: Muffinsausen is an alternation of the German word Muffensausen, which in turn means "mild fear" (as in before some school exam). Sausen is a verb, which means go or run fast.

So changing just one vowel and thinking rather literally or visually, the idea of a racing muffin was obvious.

As time was limited today, I boldly grabbed some very nice stuff, namely muffin and Formula One Car and I tweaked the muffin (turning it and making it lower, leaner and forward-slanting) and then popped those nice wheels on. Thank you jean_victor_balin and Gerald_G.

4 Comments. Please login to comment or add your own remix.