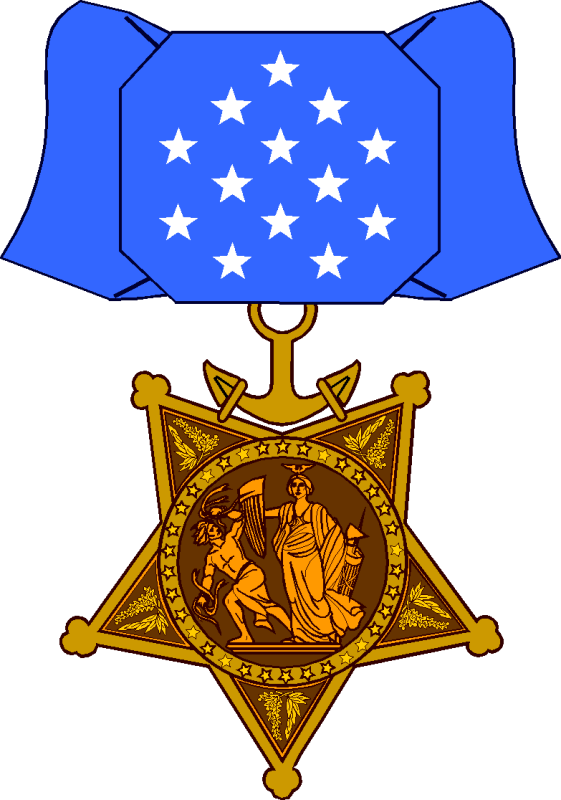 The Medal of Honor was established in 1862, and is awarded by the President of the United States in the name of Congress to a person who distinguishes himself or herself by personal bravery or self sacrifice, above and beyond the call of duty. The deed must be performed in combat, and must have involved risk of life. It may be (and often is) awarded posthumously.

It is the highest award for valor in the US armed forces.