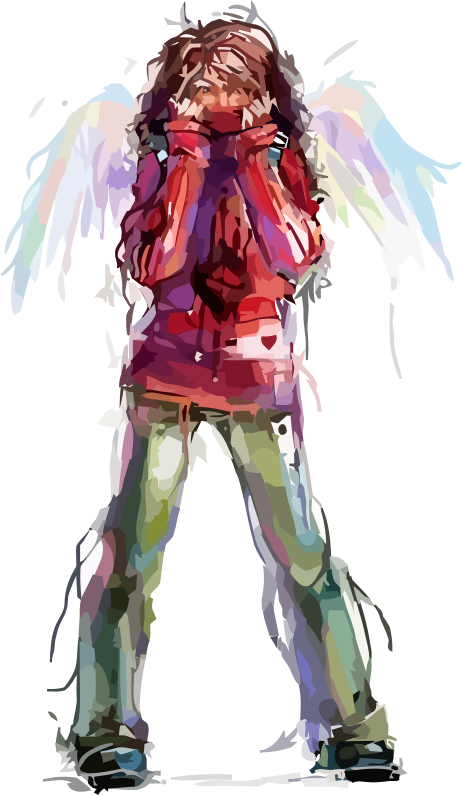 This is originally by Bogdan, described as “Cute drawing girl with wings.” The SVG code in the original uses scientific notation. This works just fine with web browsers, but Inkscape and Inkview are too dumb to understand and, as a result, just display everything in black.

I replaced the scientific notation with standard numbers all software understands. Now it still works with the web browsers but also with Inkscape and Inkview. Sadly, Serif DrawPlus X8, still displays everything in black because, apparently, it does not understand CSS styling this graphic uses. And, since technically SVG interpreters are not required to understand CSS, I can’t criticize Serif for it.

So I ended up opening my version (the one without the scientific notation) in Inkscape, exporting it to EPS, importing the EPS to Serif DrawPlus X8 (that worked without a hitch). Unfortunately, the result is a rather large file. But it works with everything I tested it with.

UPDATE: I have since made a much smaller remix. It is at https://openclipart.org/detail/250085/anya-by-bogdan and should be used instead of this one.