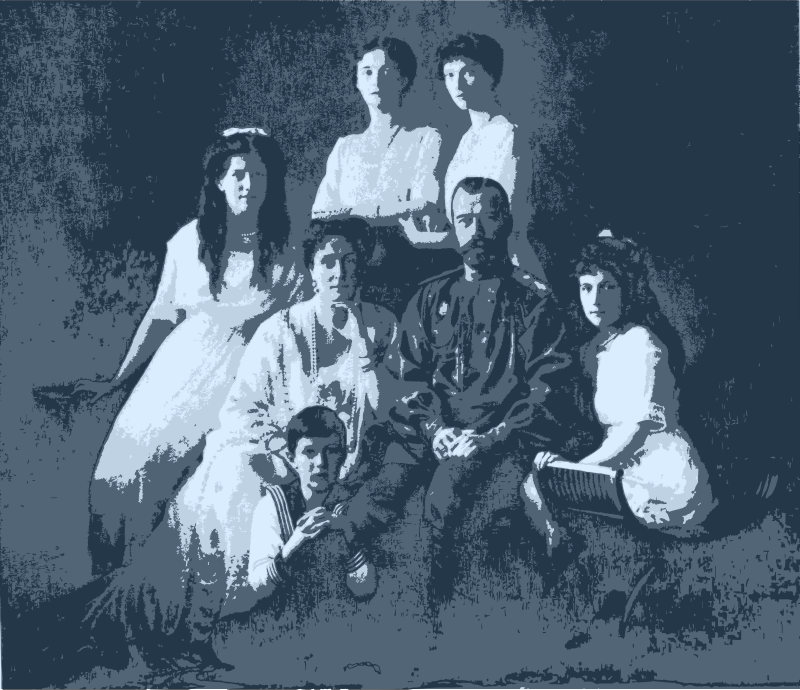 The Ghosts of the Romanovs

Made from a 1913 official photo of the Romanovs, see http://msl2010februaryrevolution.wikispaces.com/the+romanov+children for just one of many places displaying the photo (which is in public domain).

Once one of the most powerful families in the world, the absolute rulers of the Russian Empire, the last of the Romanovs, Nicholas II, his wife Alexandra (granddaughter of Victoria, Queen of England etc), their four daughters and one son, as well as their staff, were brutally murdered by the Bolsheviks after the October Revolution. Even buried them in a hidden ditch in Siberia.

It took almost a century for their remains to be found, identified, and properly buried.