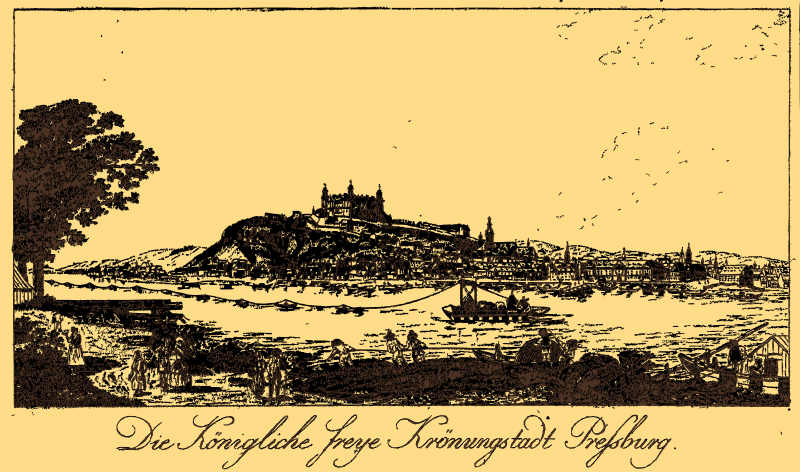 Additionally, during the Turkish Wars, when the Turks besieged Vienna, the monarchs lived in the Castle of Bratislava. Bratislava has the Danube River to the South and the Carpathian Mountains to the North, which made it pretty hard to besiege. You can see the Danube in the front of the image and the Carpathians in the background.

The monarchy fell after World War I and split into a number of different smaller countries.

The handwritten German text at the bottom says, “Die Königliche freye Krönungstadt Preßburg” which word for word means “The Royal free Crowncity Bratislava.” This graphic was created from the public domain image at https://commons.wikimedia.org/wiki/File:Bratislava_history_01.jpg. See also https://commons.wikimedia.org/wiki/File:Bratislava_1787.jpg for a different scan of the same historical drawing, which identifies it as being from 1787.

And just in case you want more, https://en.wikipedia.org/wiki/History_of_Bratislava is a good place to start. ;)