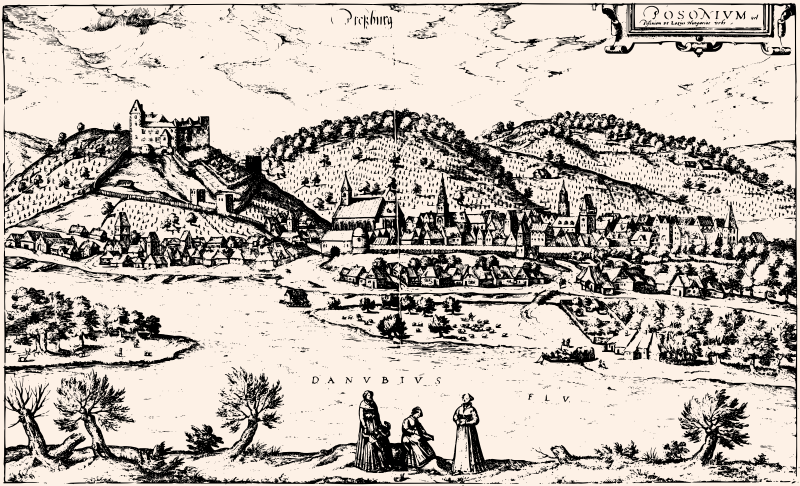 Note the castle only had one tower in this picture, while in later centuries, and up to today, it has four and has often been described as an upside-down table.

According to a legend, during one period of history the inhabitants of the castle often woke up on the floor, aching, with all the furniture messed up in disarray. They had no idea what was happening, so they posted night-time observers outside the castle. And, sure enough, one night a giant came by on his way from one end of Europe to the other. He wanted to rest, so he turned the castle upside-down and sat down on it. When the night observers explained what mess he was causing, the giant apologized, and they have had no problems ever since.

Anyway, what puzzles me about this image is the island in the middle of Danube with deer on it. And another, right by the city. Was the water level of the Danube so low in the 16th Century, or did Braun and Hegenberg just made it up?