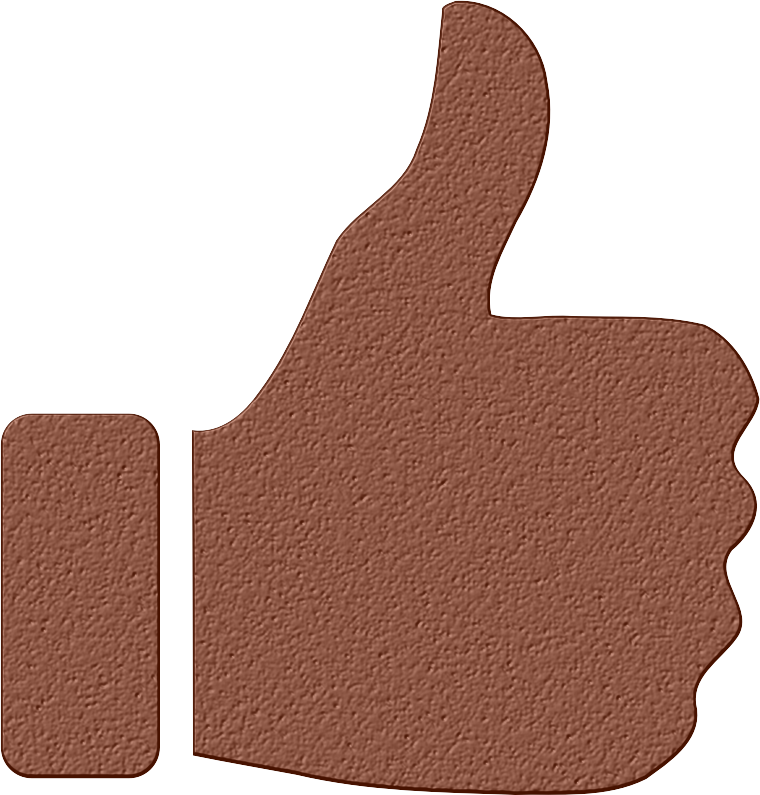 A gloved hand giving thumbs up. Based on the practice of Roman emperors to give a thumbs-up or a thumbs-down to a gladiator to indicate to him whether to finish up (kill) his opponent or let him live.

While no one knows which of the two gestures meant life and which death, Hollywood decided (and some say they got it wrong) that up is good and down is bad. And so in the USA thumbs is a sign of approval. Outside the USA people tend to be baffled when American tourists show them their thumb when they’re not hitchhiking. Though, perhaps less so now, at least among the people who visit the Internet regularly.