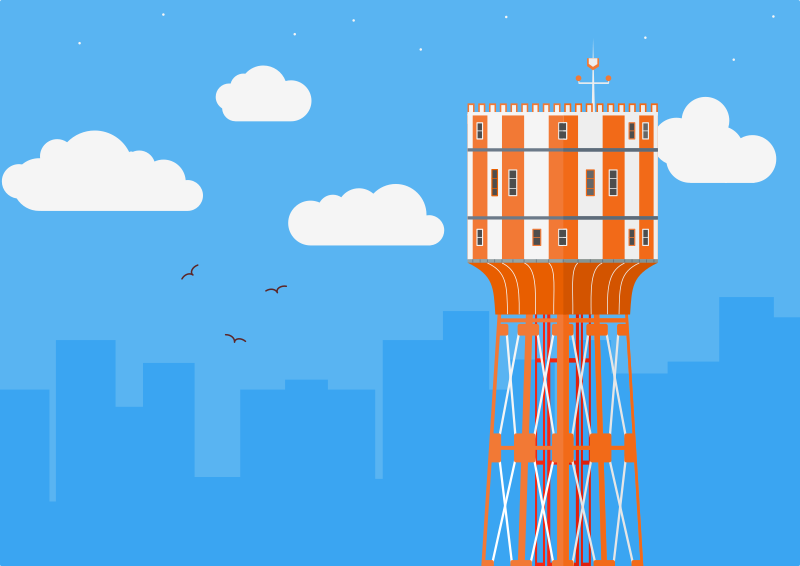 Tirtanadi Water Tower is one of the icons of the city of Medan. The existence of these towers can be said to be very vital for the city of Medan. The building was founded in 1908, by the Dutch government, as a reservoir of water for the people of Medan. But not all people can take advantage of the terrain of the water tower, only the middle class and above are allowed to utilize the water tower as a source of water for their daily needs. Middle and lower class society still using wells to meet their water needs daily.

Aside from being a supplier of water for local residents, as well as the Landmark tower is the city field in his day. Construction of the tower is also due to the construction of the water company-owned Dutch government, under the name NV. Water Leiding Ajer Beresih Maatschappij, which is based in Amsterdam, Netherlands. Maybe today you often hear the term "tap water" and "water", both terms above are derived from the Dutch language, leiding and ajer beresih. Because so old Dutch colonial era, the language of the people to be mixed with the Dutch language. Even today, the term is often used by the people of Indonesia.

Its strategic location, easy access to transport the water tower. Tirtanadi Water Tower has now officially become the property of taps Tirtanadi, located at the intersection of Jl. Singamangaraja 1, not far from Soeichi International Hotel. Even from a distance the tower has a height of 42 meters and weigh up to 330 tons can be seen. PDAM Tirtanadi also provide drinking water that can be drunk directly by the people who were passing in the surrounding area.