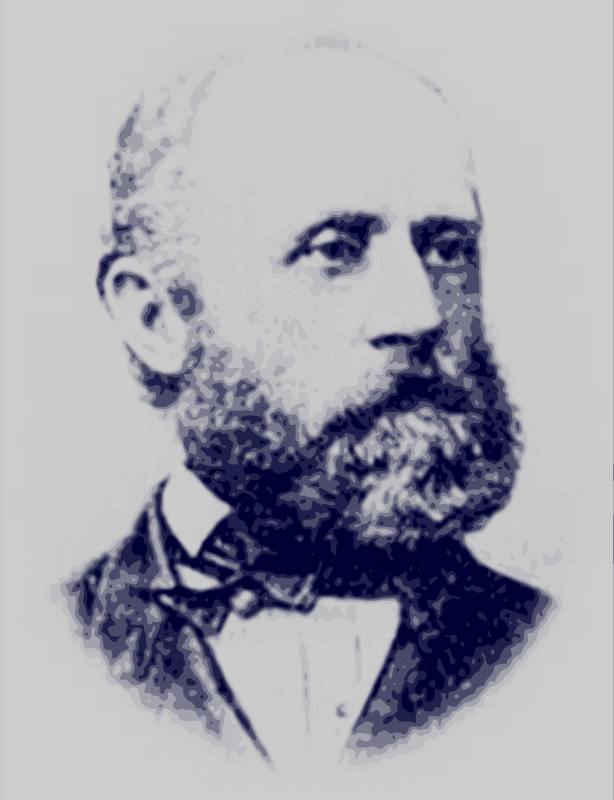 Pavol Dobšinský (16 March 1828 – 22 October 1885) was a Slovak collector of folklore and writer belonging to the period of Romanticism and the Štúr generation. He is perhaps best known for creating the largest and most complete collection of Slovak folktales, Prostonárodnie slovenské povesti (Simple National Slovak Tales), self-published in a series of eight books from 1880 to 1883. For his collections, he has often been referred to as a “Slovak Hans Christian Andersen”.

Unfortunately, this vector graphic is made from a very low resolution original, and it shows if you try to display it at a larger size... :(

Pavol Dobšinský was an interesting fairy-tale collector in that he recorded the tales exactly as narrated to him (how he managed to do that in the 19th Century with no voice recorders is beyond me). Because of that, he not only recorded many folk tales, he also left a record of various Slovak dialects as they existed in the 19th Century before there was such a thing as “proper Slovak” which has caused many of these dialects to disappear completely.

My Dad who was a university professor and an expert on Slovak dialects loved this record. At the same time, I hated it as a kid because I did not understand many of the stories at all. To me they looked as if they had been written in a totally foreign language.