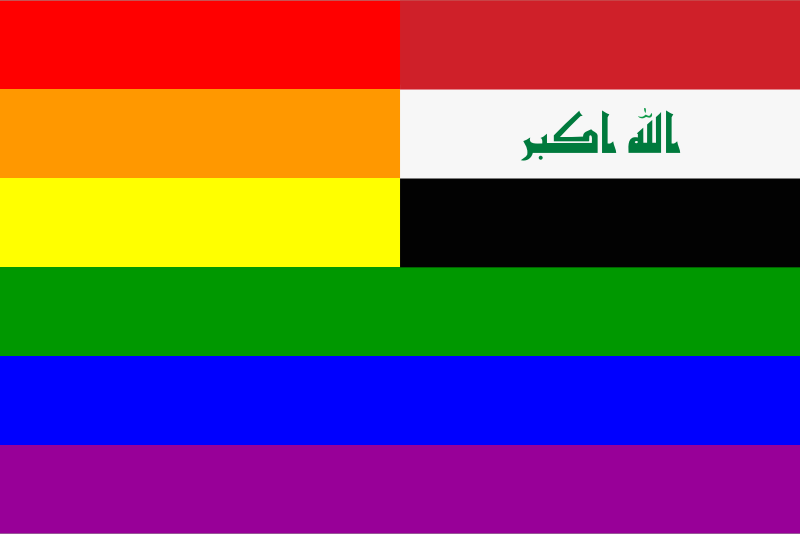 The flag of Iraq superimposed in front of the rainbow flag. This follows the “Each flag is depicted as if the flagpole is positioned on the left of the flag, except for those of Iran, Iraq, and Saudi Arabia which are depicted with the hoist to the right” rule mentioned at https://en.wikipedia.org/wiki/Gallery_of_sovereign_state_flags and has the flag of Iraq on the right side of the image instead of the more common left.