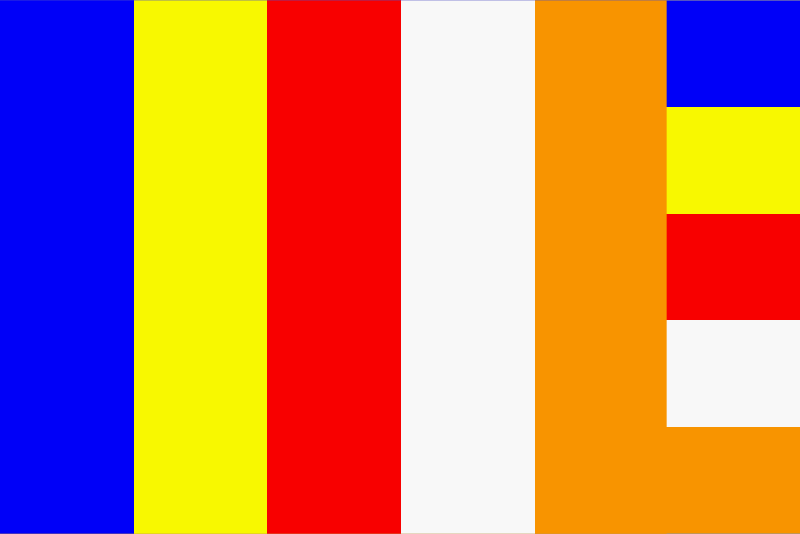 The international Buddhist flag. First hoisted in public on Vesak, 28 April 1885. Not to be confused with the Rainbow flag, which came much later.

Yes, I said objects, not an object. That is because of the design of the flag, which contains both, horizontal and vertical stripes, so whenever resizing, please resize them both as a group (unless, of course, you have artistic reasons to resize them individually).