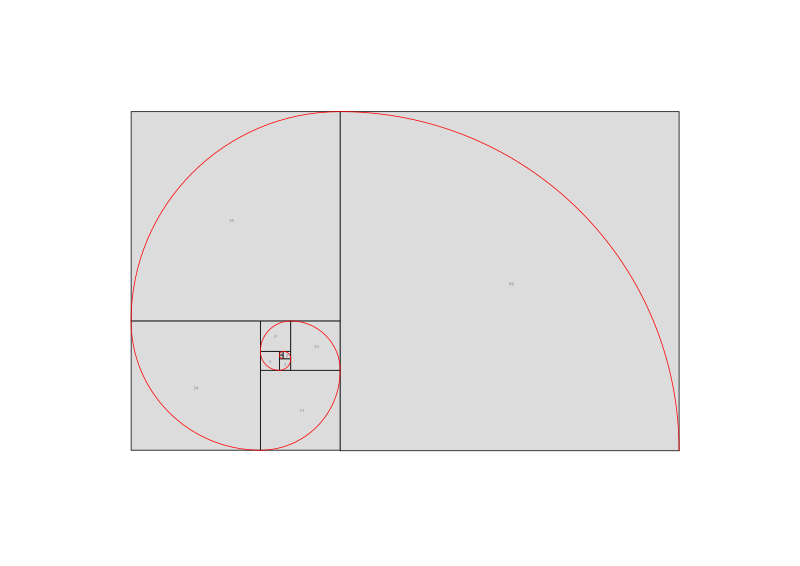 A Fibonacci, or "golden" spiral, made by drawing adjacent squares with sides equal to consecutive Fibonacci sequence numbers (times 5px), and then drawing an arc from one corner to the opposite one. Arcs were converted to paths and their overlapping nodes joined together to form a single spiral path. Finally, numbers indicating the Fibonacci number in the given square wew added. Squares, spiral and numbers are on 3 separate layers.