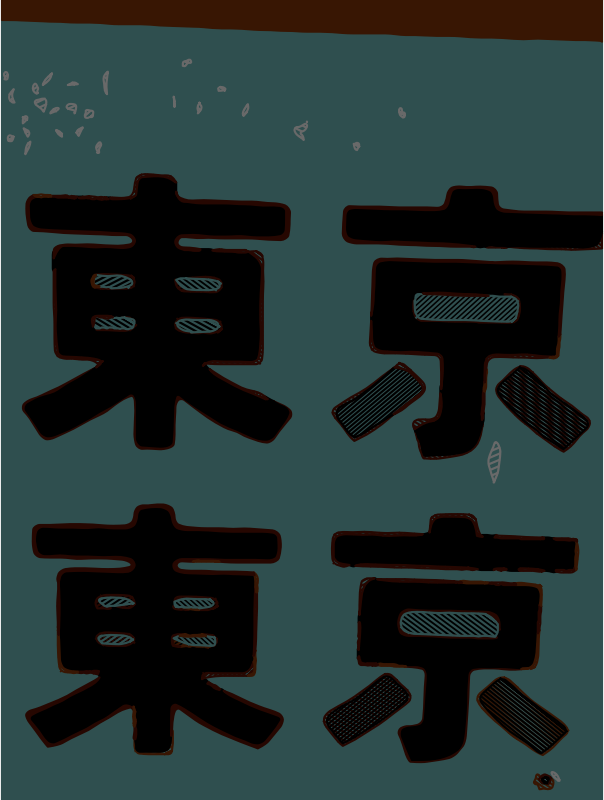 Down but not gone! Plenty of work computers but no play computer still. So no normal clipart uploads. But in my downtime I've been working on "art" clipart on my old phone. Here are some of them!This is part of a series of "captured" kanji (Chinese characters) from the streets. Linguistically many kanji require other words/characters and are a lot more complicated than my simply glossing of meaning here, but they are meant to be for some "artsy" efforts that want to use such things.