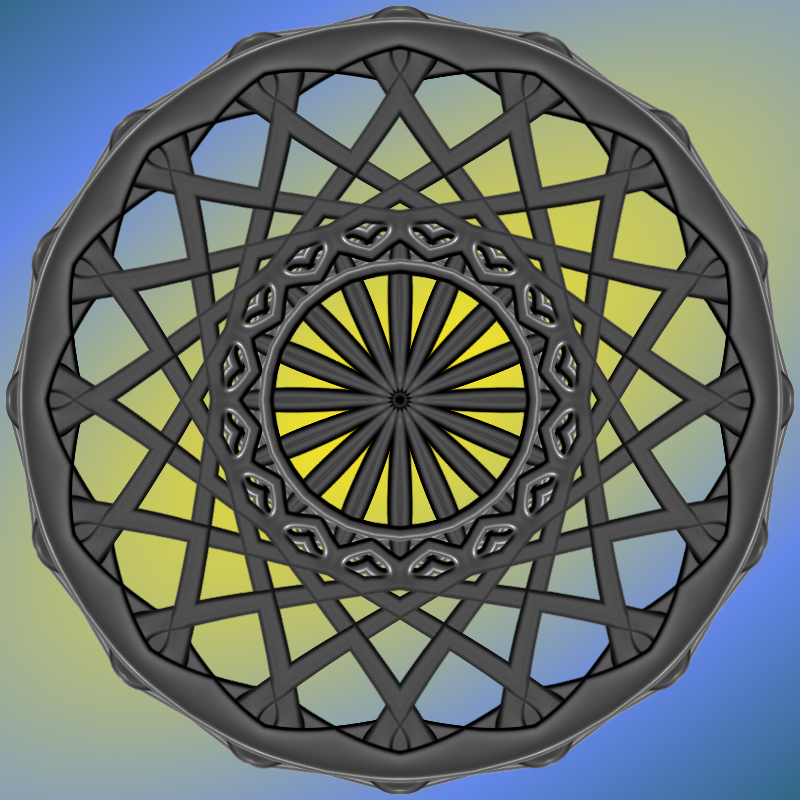 usual problem with repeating patterns in a kaleidoscope/circular arrangement, is if one part exceeds the boundaries but is still visible underneath another repeat.

As a regular approach, adding an opaque backdrop to cover the area could solve -but not this case. Since the original image was made up by such overlaps.

Speaking of overlaps, this results in a messed up visual structure...

so this case, the repeated original pattern was the source for another arrangement with proper clipping.

Bit resource heavy approach if you want to start out that sloppy/want to have a see-through repeating pattern. Because now the original group is cloned 32*32=1024 times.

But that is necessary for a clean design.