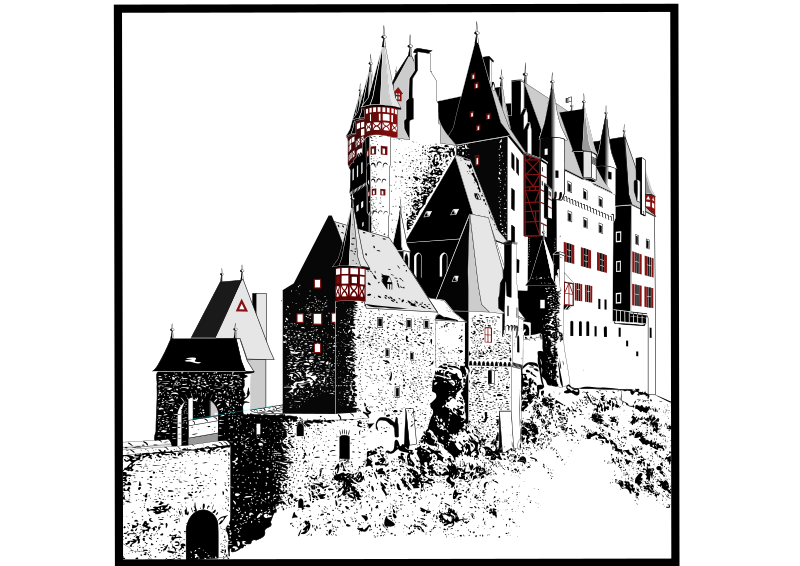 Eltz Castle (German: Burg Eltz) is a medieval castle nestled in the hills above the Moselle River between

Koblenz and Trier, Germany. It is

there in the 12th century,

The main part of the castle consists of the family portions. At up to

reach heights of between 30 and

They are fortified with strong exterior walls; to the yard they present a partial framework. About 100 members of the owners' families lived in the over 100 rooms of the castle.

Platteltz, a Romanesque keep, is the oldest part of the castle, having