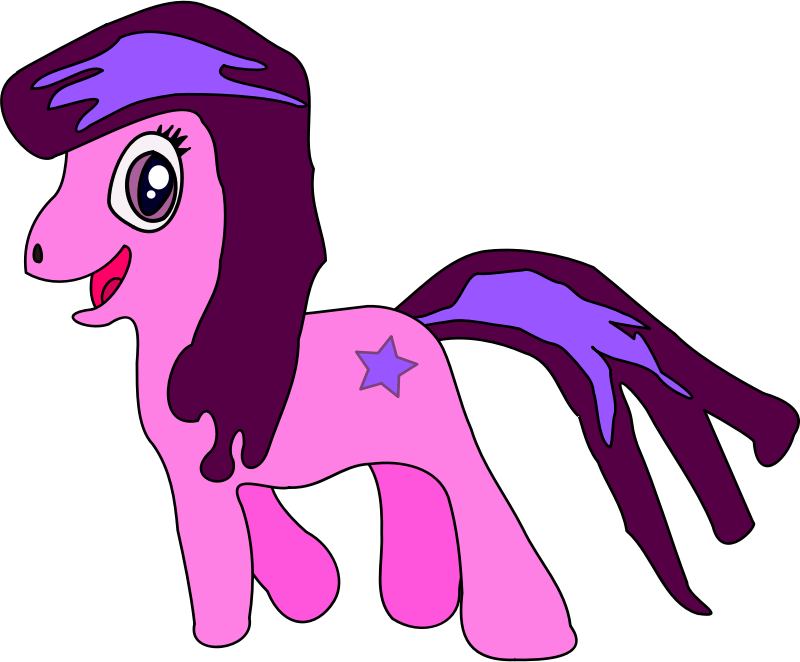 OK. So I know I am not so good at drawing magic ponies by hand. In fact, this is the first magic pony I've ever drawn! But I just had to nominate like 25 copyrighted images of a certain kid's show for deletion because they depicted copyrighted work. I felt bad to delete all that effort... I wanted to show that a "Magic Pony" drawn by yourself without direct copying of the source (and no use of original names) isn't a violation of any sort of copyrights I believe. So if you wanted a magic pony, here you go.