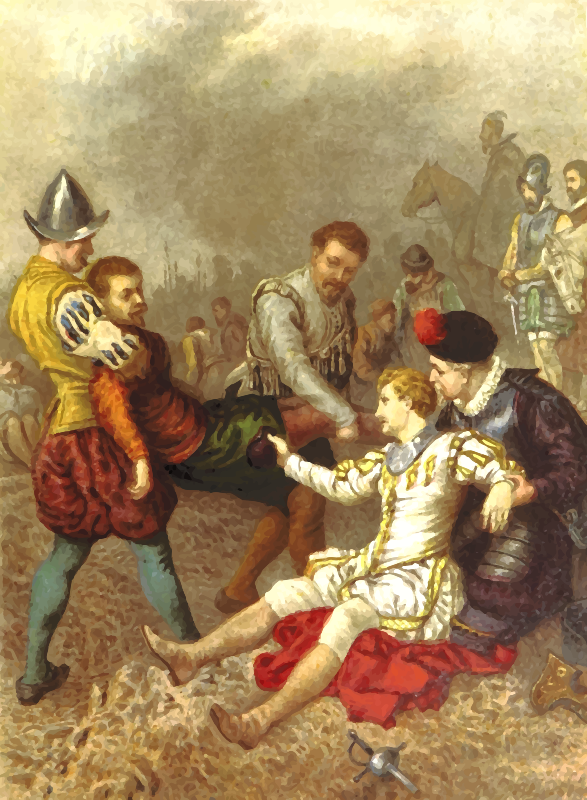 In a 19th century book called 'The Nobility of Life, its graces and virtues, portrayed in prose and verse by the best writers', the illustrator drew scenes to represent human characteristics. This one is supposed to represent self denial and was subtitled 'Sir Philip Sidney at Zutphen'. I assume the self denial comes in when Sidney gave his water away while lying gravely ill with gangrene. I would have called that selflessness.