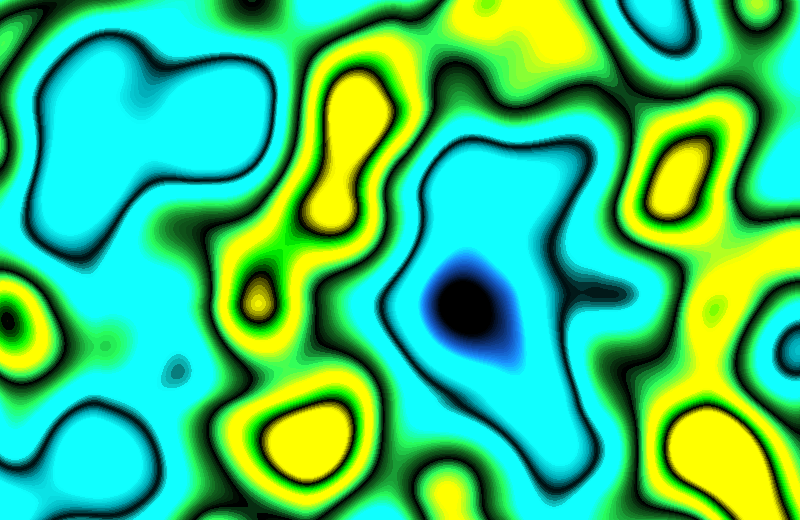 Such a filter is built up by two parts: first, generating a basic texture.

Original image looked way similar to a turbulence/fractal noise, however it turns out it is a tad bit different looking.

The other part is mapping a colour gradient to the texture's luminance levels.

Theoretically that is a pretty straightforward thing to achieve, however there are some problems with it.

First and foremost the shallow colour depth how it is rendered, resulting in banding -even more than present on the original image.

Blurring may be used but I rather not have included that in the filter chain.

Other problems with gradient mapping are somewhat can be handled.

It is achieved by a component transfer filter primitive that uses table inputs on the rgb channels. That means you are strict to represent a gradient where each step is in equal distances. The one used on this image consists of 26 steps -visible larger steps needed to be covered by more steps of the similar length-. Matching a custom gradient with that model is a quite tedious process with trial and error.