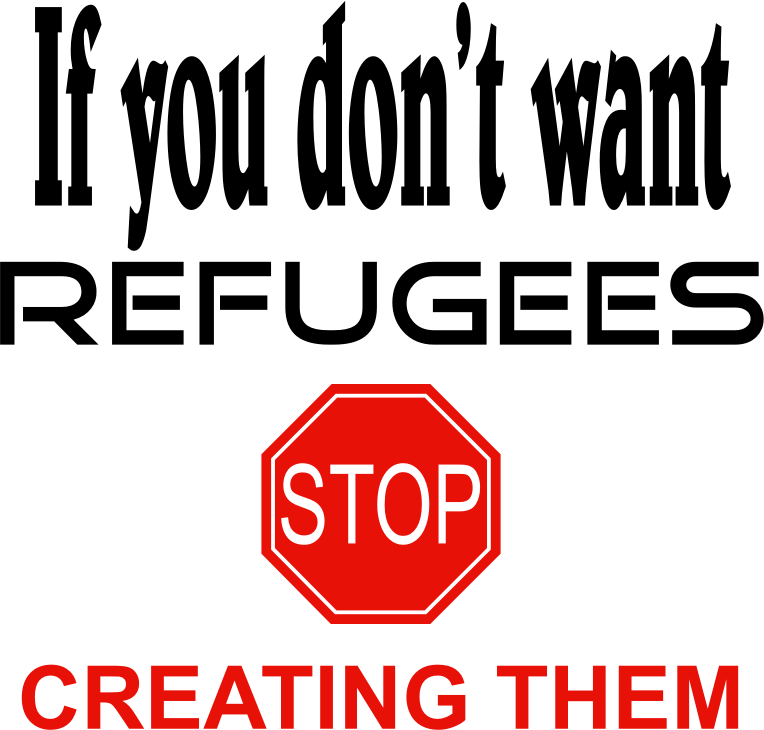 If you don’t want refugees, stop creating them.

Inspired by a photo of two refugee ladies holding a poster with those same words (though theirs was had written). This particular design is my original, except of course the stop sign, which I have not changed.

Created in Affinity Designer for Windows.

I relate to them because I used to be a refugee from Communist Czechoslovakia, which I fled in 1979 and which had only become Communist because FDR gave us to Stalin at Yalta.