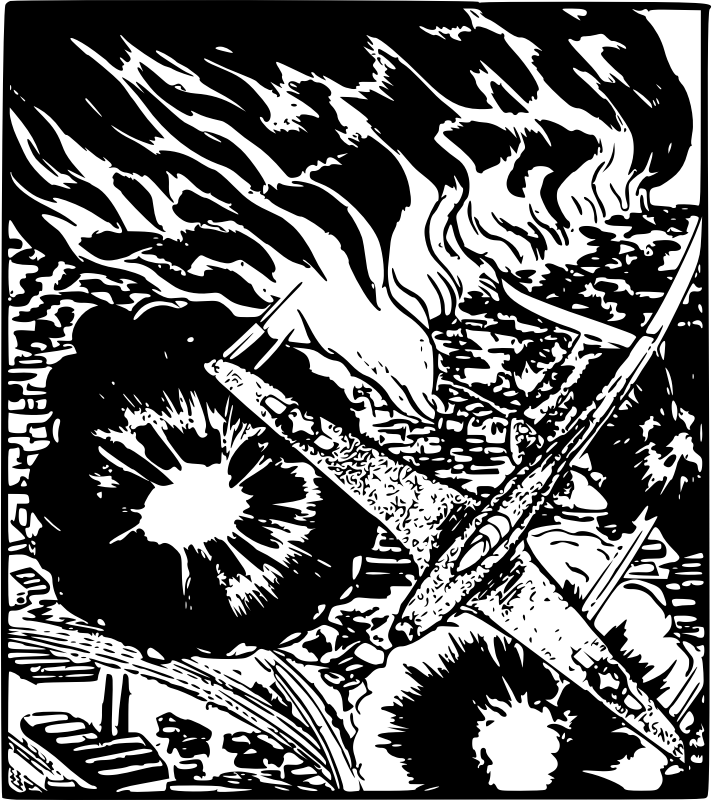 The "fire bombing" of Tokyo was a sad part of WWII. Well, I mean all war sucks but the fire bombing attacks on Tokyo were some of the most massive attacks against an urban center ever conducted. (One seriously aggressive attack is called "The Night of Black Snow" in Japan.) Many civilians were killed and over a million ended up homeless as a result of these campaigns. As someone said, war is hell.

(( Synthesized from a contemporary propaganda comic now in the public domain. The comic depicted the wrong type of plane used in the attacks I believe, but I thought some clipart would still be useful. ))