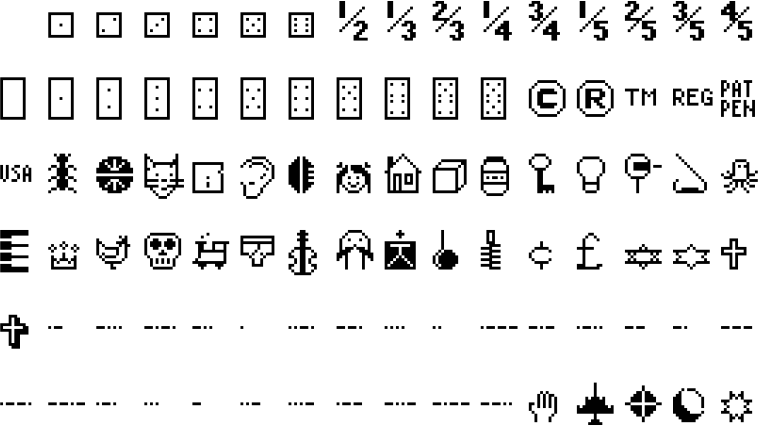 Retro style icons/pictographs via the Doodads font from 'Font Mechanic'. Font Mechanic (by Beagle Bros) was a companion app for Apple Mechanic. Apple Mechanic was a shape table editor for the Apple II line of computers. Shape tables are somewhat similar to hardware sprites. Beagle Bros folded in 1991 and their software was released as freeware in the mid 1990s.