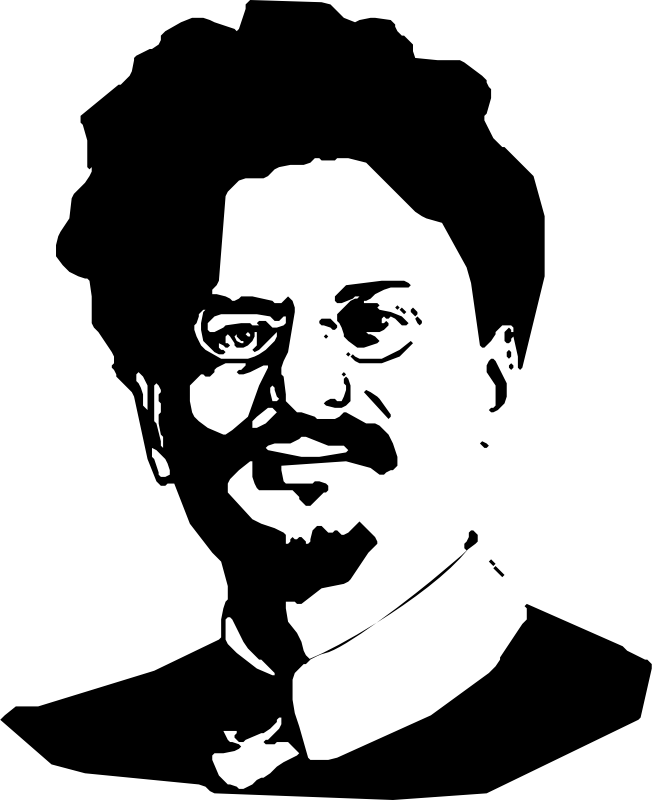 Lev Davidovich Bronstein, more commonly known as Leon Trotsky, was a Soviet revolutionary. He played a major role during the October uprising in Russia, and during the Civil War.

After Lenin's death in 1924, as Stalin was rising to power, Trotsky formed a tendency within the Bolshevik Party called the Left Opposition; he greatly criticized Stalin's theory of Socialism in One Country, preferring the theory of a worldwide, permanent revolution.

His opposition to the ideas of Stalin had most of his friends and relatives killed, forcing him into exile outside of the USSR, first in Europe (notably in France, where he founded the Fourth International), and later in Mexico.

He was eventually assassinated August 20, 1940, by Ramón Mercader, a Spanish agent of the NKVD.