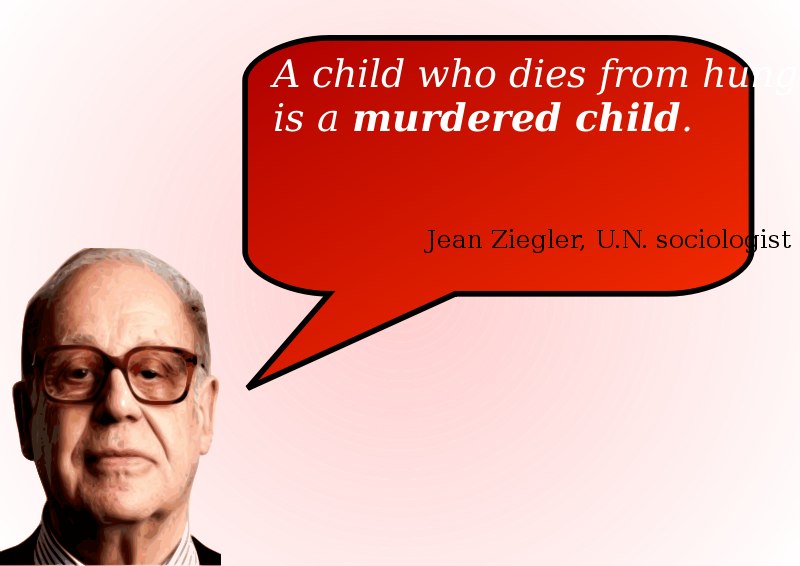 A child who dies from hunger is a murdered child

Jean Ziegler is a Swiss-born sociologist and the vice-president of the Advisory Committee to the UN Human Rights Council. He is mostly known for this quote: “A child who dies from hunger is a murdered child”.

This is yet another proof that the capitalist system is flawed: according to Action Against Hunger, the world food production is sufficient to feed 10 to 12 billion people; thus, there is no reason why there should still be thousands people who die from hunger every day.

According to Ziegler's book “Hatred of the West”, the mortality rate due to poverty and capitalism-related causes, is around fifty-nine million (59 million) per year: that means that every year, we're losing more than the current population of Tanzania.